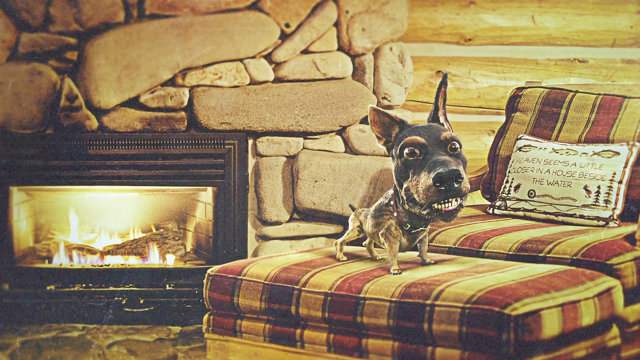 As 2014 quickly draws to a close, we deemed a wrap-up of 2014’s best marketing campaigns absolutely necessary. We scoured the world’s television stations, social media platforms, magazines and news outlets to come up with this year’s definitive list of the best, most amusing, most effective, and most engaging marketing campaigns. In no particular order, for your viewing pleasure, and without further ado, we bring you said list.

Harvey Nichols: Sorry, I Spent It On Myself

Created by one of the UK’s leading communications agencies, Adam&EveDDB, this Christmas campaign promotes the idea of consumers blowing their budget on presents for themselves. As result, they are forced to present their loved ones with somewhat less than satisfactory gifts, like bath plug, paper clips and tooth picks, with reactions that can’t help but make you smile. The only redeeming feature of the gift is apparently that it’s from Harvey Nichols. This campaign had both a TV advert, as well as print adverts. My favourite part of the TV advert? The closing line: A little something for them; a bigger something for you.

Lincoln: Sometimes You Gotta Go Back to Actually Move Forward

Starring none other than Matthew McConaughey, the new TV advert from American car manufacturer, Lincoln caused more than a few chuckles. The advert features a pensive-looking McConaughey driving a new Lincoln MKC, while narrating an introspective monologue.

In one version of the advert, McConaughey faces off against a big bull, an 1,800-pound bull named Old Sirrus. It was this particular version that caused the biggest comedic effect. Everyone from Conan O’Brien, Ellen DeGeneres, South Park, and even, Jim Carrey on Saturday Night Live poked fun at McConaughey. In case you haven’t seen them, we’ve included Jim Carey’s parody, as well as Ellen’s.

But, as it turns out though, Lincoln got the biggest laugh of all. It had it most successful month since October 2007, reporting a boost of more than 25% in sales. Maybe the old saying is true: there really is no such thing as bad publicity.

Produced by New York based Wieden & Kennedy, Southern Comfort brought audiences across the globe another creative offering this year. Their ‘Whatever’s Comfortable’ campaign features a macho cowboy-esque man, complete with rockin’ hill-billy boots, having his long hair shampooed in a ladies salon. While he waits for the highlights to develop through his locks, he treats the other ladies to a combination karate / tai chi display, right in the middle of the salon. He embodies the spirit of ‘Whatever’s Comfortable’, championing the idea that everyone should just be themselves. He owns that salon!

Posted on Kate Spade’s YouTube Channel, this social-only advert from Kate Spade stars everyone’s favourite actress, Anna Kendrick. The advert opens with Kendrick returning home from what appears to be a very lucrative Christmas shopping expedition. Arms laden with shopping bags, Kendrick discovers she has forgotten the keys to her New York apartment. Locked out, Kendrick proceeds to model the contents of her shopping bags (all crammed full of Kate Spade goodies), sip champagne straight out the bottle, and take a series of selfies while sitting on the front step, waiting for a locksmith.

Possibly the funniest of all the Superbowl commercials, Audi’s Doberhuahua advert opens with a couple in a pet store. Hubby wants to take home a Chihuhua, while the wife has her heat set on a Doberman and a Chihuahua. Enter the pet store owner who suggests a compromise – breed them together to create the Doberhuahua.

Unfortunately, a Doberhuahua turns out to have a giant Doberman head on a tiny Chihuahua’s body. The mutant breed causes chaos at every turn – at dog shows, in parks, on the streets of New York. At this stage, I began to wonder what the connection to Audi could possibly be. But, it all comes together quite cleverly in the ad’s tagline: Compromise scares us too.

Radio Shack: The 80s Called: They Want Their Store Back

The US electronics retailer, Radio Shack, had been looking pretty tired for quite some time. It’s stock prices have dropped by 85% over the last four years. It’s 2014 Superbowl advert (it’s first in more than decade) looks like it might have gone some way to turning this around. The day after the ad aired, their stock surged by around 7%.

The self-effacing advert poked fun at RadioShack’s unfashionable brand, opening with a slightly-stunned looking employee answering a phone, and then telling his colleague, “The 80s called. They want their store back.” In troops a swarm of 1980s celebrities like Hulk Hogan, Cliff Claven from Cheers, Chucky, Alf and even Teen Wolf, all of whom steal the store’s out-dated merchandise, ushering in a new age of RadioShack.

This social media campaign involved tipping a full bucket of ice water over your own head in order to promote awareness of amyotrophic lateral sclerosis (ALS), and encourage donations to fund research into the disease. The campaign went viral in July and August of 2014. It required that participants film themselves, and post the video on social media before nominating someone else. If you failed to comply with a nomination within 24 hours, you had to make a donation. If you managed to somehow miss this viral phenomenon, we’ve included below a mash-up of some of the celebrities that took part.

This social media campaign first launched in Australia back in 2011. Over the last three years, it has expanded to include more than 50 countries all across the world. Coke replaced one of the logos on their bottles of Coke with first names, inviting thirsty people all over the world to find their name, and the names of their family and friends. According to the Wall Street Journal, the statistics for this year are quite phenomenal:

Jeep: See Whatever You Want to See

Created by Leo Burnett Paris, the Jeep ‘See Whatever You Want to See’ campaign was one of this year’s most clever, beautiful campaigns. It included a series of incredible illustrations that can be viewed in two different directions. Turning the illustration 180°, morphs a deer into a seal, and Asian elephant into a duck, and a giraffe into a penguin. The idea promotes the idea that when you own a Jeep, you can go wherever you want, and see what you want to see. While it may not make you want to rush out and buy a Jeep, you have to admit that it is quite a clever concept. 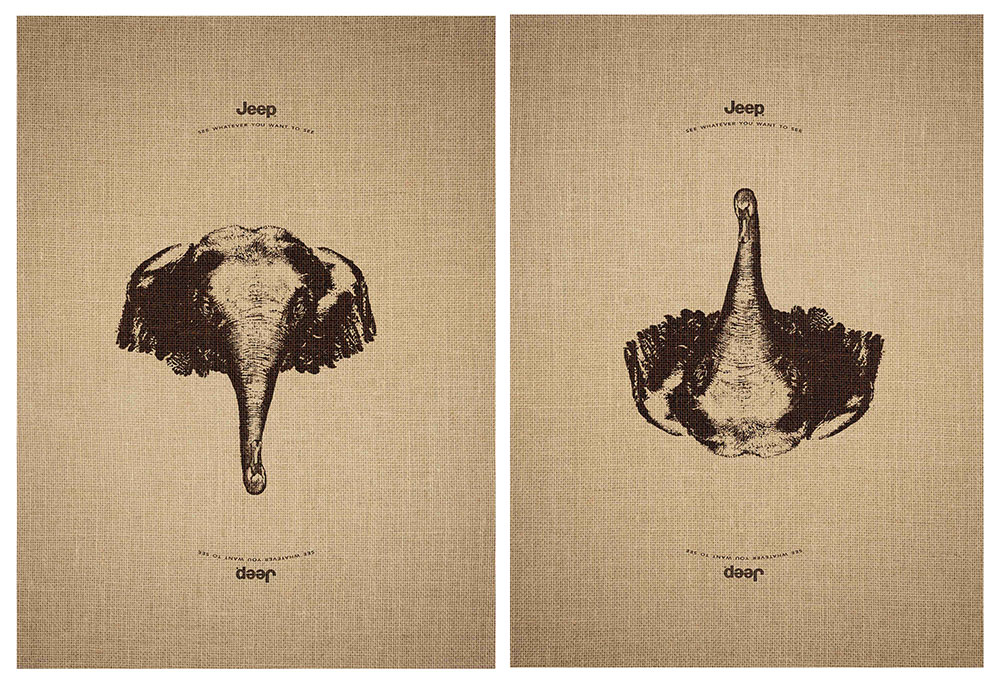 Another beautifully executed campaign from Paris agency Publicis Conseil commemorated the re-opening of the Paris zoo. With the zoo undergoing extensive renovations over four years, the only animals left in Paris were the statues. But, real-life animals are back in town, and mingle with their stone cousins in this gorgeous print campaign. It is a wonderful example of art and concept working perfectly together to seamlessly deliver a simple message. 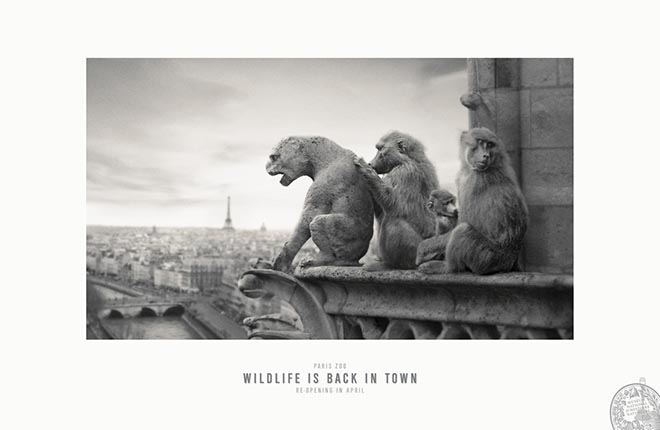 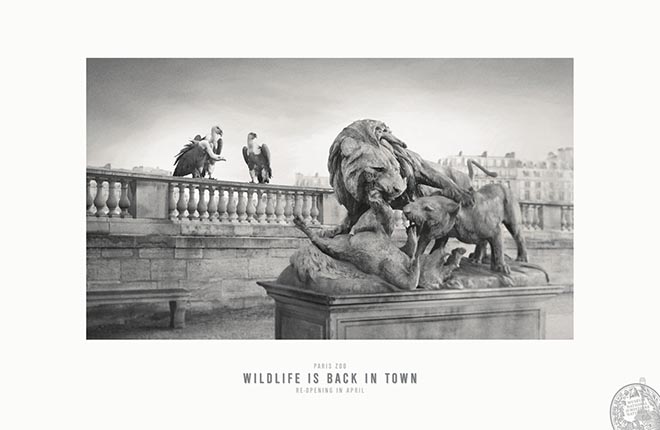 The print and post campaign for Penguin Audio Books was created by Y&R Beijing. The campaign features handcrafted illustrations of each of the classic stories, featuring the brand’s iconic penguin holding a microphone and boom. It is the job of the penguin to capture the essence of the story, promoting the idea that some classic stories are better told, rather than simply read. The campaign was nominated for a phenomenal 29 categories at the Cannes Lions awards. 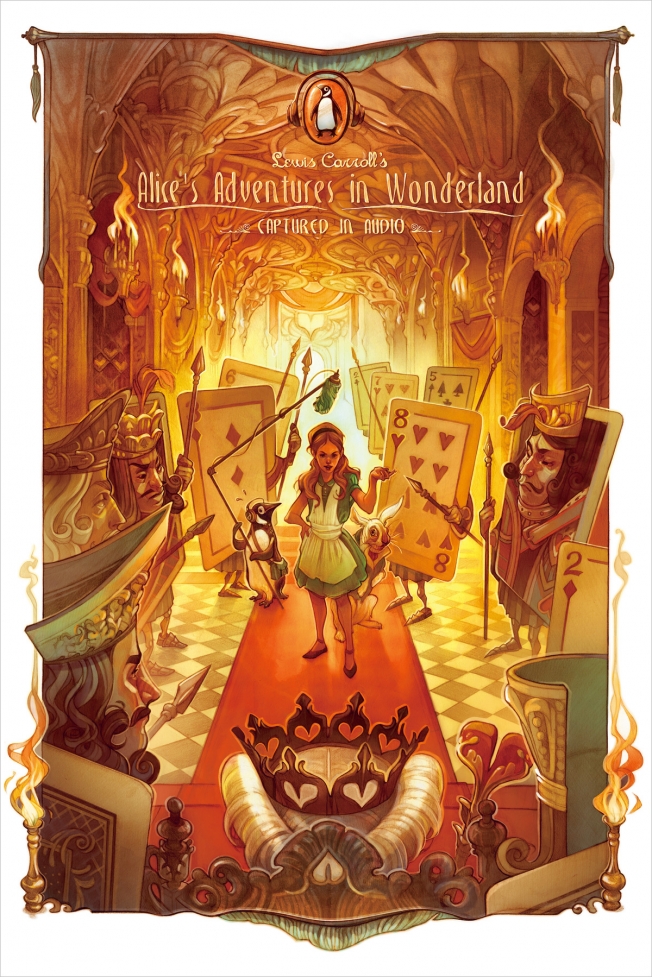 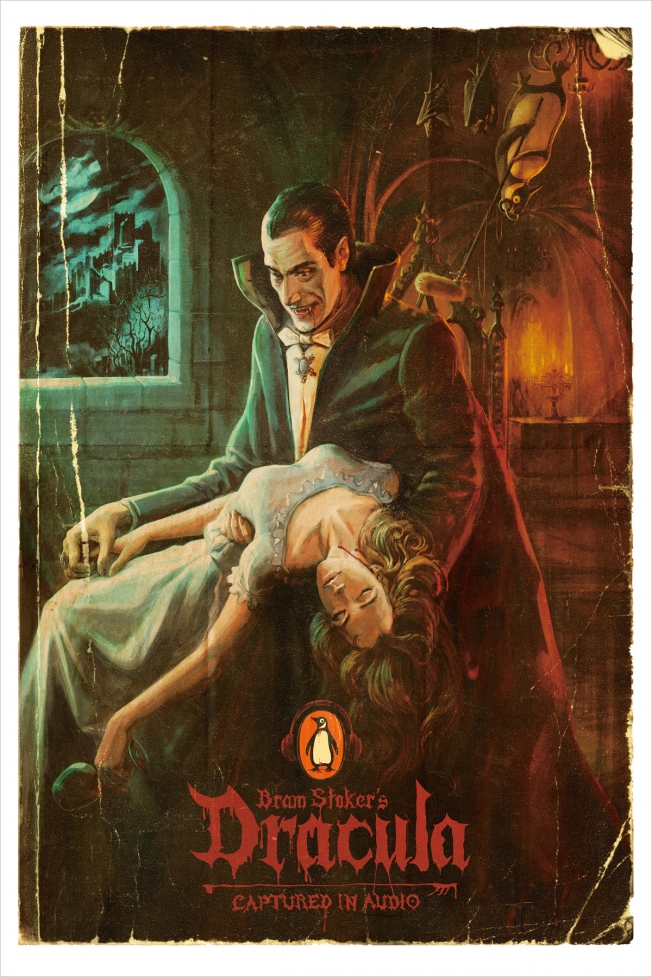 Are you curious what hit our top list for 2013? Cast your mind back by checking out our article on 2013’s Best Marketing Campaigns.

Managing Director at Marketing.com.au
Calie is passionate about all things psychology, marketing, web, social and research. She is also the Managing Director and Co-founder of the Melbourne based digital agency Clickify.