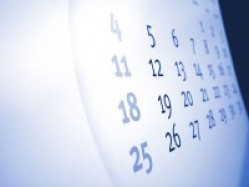 Facebook has again released its analysis of the most popular trends, topics and ‘memes’ for 2011 in it’s annual Memology. The highly anticipated Memology is usually a fairly accurate and concise summary of the year’s events, or at least the most talked about events.

The analysis shows the top ten Facebook status trends globally by month and then the top ten status trends for each country, as well as the fastest growing pages (categorised according to Entertainment, Music, Sport and News). What the Memology didn’t highlight this year was the most talked about brands or products and the fastest growing brand pages. This is probably so as not to upset the lucrative Facebook advertisers by promoting their competition.

Topping the list of global topics on Facebook was the death of Osama bin Laden on May 1. This historic event was the topic of 10% of status updates when the news first broke. Number two on the list was not quite so historic (at least not for us Aussies); it was the Packers win of this year’s Super Bowl. Not to be outdone by a bunch of athletes, Charlie Sheen’s more public outbursts in March also made headlines on Facebook. Some of his more unusual catch phrases (for those who have chosen to block these from their subconscious, may we take this opportunity to remind you: ‘winning’, ‘goddesses’ and ‘tiger blood’) took off.

In Australia, the short-lived phenomenon of Planking topped our list of most popular status updates. According to Facebook, this occurred after Max Key, the New Zealand Prime Minister’s son, posted a photo of himself planking in the lounge room with Dad in the background. Sticking with the political theme, the census also made it into the Australian top ten; a pat on the back to the Australian Government for the level of engagement it was able to achieve with ‘Spotlight’, an interactive tool that accompanied the census which published an info graphic on the user’s wall.

This was followed by Cyclone Yasi which hit Queensland in early February. Also making into our top ten was Skrillex. Never come across this term? Wondering how on earth it made it into the top ten if you’ve never even heard of it? Me too. It was only in researching this story I discovered that Skrillex is actually a person; a music producer to be exact.

The beautiful people took out the most popular pages: Megan Fox, Vin Diesel and Rhianna were among the favourites. The supernatural took out the top movies for 2011 with Harry Potter at number one and the Twilight Saga chomping at its heels (or maybe neck) in number two.

In terms of acronyms, ‘lms’ and ‘tbh’ were top trending new memes this year. I know what you’re thinking; just what we need, further butchery of the English language. In case you are considering using them, ‘lms’ stands for ‘like my status’ and is a means by which to increase your visibility as a Facebook user and the content you are posting. Meanwhile, ‘tbh’ means ‘to be honest’ and is generally used to emphasise the sincerity of a post. I think Shakespeare just rolled over in his grave.

There is no telling what 2012 might bring in the ever-expanding world of Facebook. tbh though, we’re sure the 2012 memology will be a fairly accurate representation of the most talked about events and issues. Please lms?

Editor at Marketing.com.au
Sally has worked in marketing, communications, and PR for over 15 years. She is the Chief Wordsmith at Wordly: a copywriting and content marketing agency that works predominantly with WordPress powered websites.