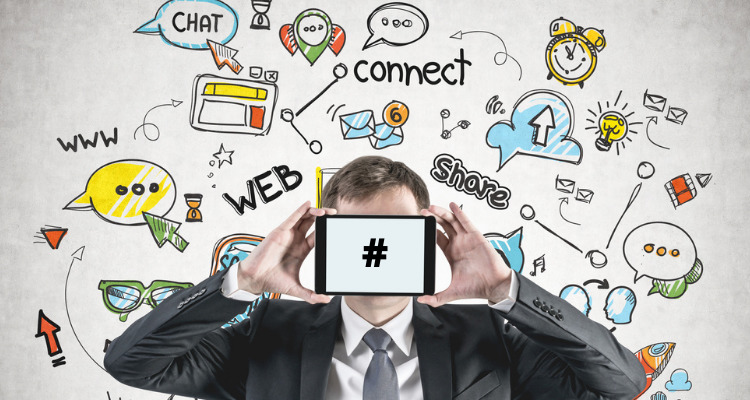 The hashtag has become an instantly recognisable symbol for organising, categorising and discovering digital content that relates to a specific topic.

What Is A Hashtag?

First introduced in 2007, hashtags are now an integral part of the internet lexicon and are widely used on a variety of platforms including Twitter, Instagram, Facebook, Pinterest, Google+ and Tumblr. When a user clicks on a specific hashtag, all content that includes that tag is displayed.

Hashtags allow people to follow topics on social media that interest them. They allow people to associate their posts or content with a particular topic. They enable topics to gather momentum and ‘trend’. They can comprise any combination of letters, numbers and emojis and can be attached to a news event, a social movement, a slogan, a product and a brand. But can a hashtag function as a trade mark and be registered as such?

If the # symbol has become an integral identifier for a particular brand and is widely accepted and used by consumers, it may be considered suitable for a trade mark. However, as the hashtag itself is an instantly recognisable symbol which carries a meaning to users, suitability for registering a trade mark often depends on the content that follows the hashtag.

What Is A Trade Mark?

The same criteria apply when registering a hashtag-based trade mark as in a traditional trade mark application for a name, slogan, logo or any other identifier.

It is likely not possible for a competitor or other entity to register a trade mark for a hashtag that is the same or similar to an existing trade mark. For example, if a children’s clothing company was called ‘Little Lovelies’ and had registered that name as a trade mark, it’s highly unlikely that an independent application from another entity to register the trade mark ’#littlelovelies’ for clothing or similar goods would be accepted. The two are just too similar.

In the same vein, it would not be possible to register a trade mark for a hashtag if the words that follow the # symbol are commonly used by other businesses. For example, an arborist would not be able to trade mark ‘#treeloppingperth’ unless they can establish the descriptive term “tree lopping Perth” has been used in such a way it functions as a sign that distinguishes that single trader’s tree lopping services in Perth from all others. While that term may describe what the business does, it also describes what other similar businesses do. It relates to a general topic and doesn’t distinguish that particular business from any other.

When Can I Register A Trade Mark For A Hashtag?

A hashtag is generally just a social media tool but when it precedes a trade mark (eg #porsche or #google) but where it is clear that the symbol belongs to your product or service and that the hashtag is more than just a tool – where it is incorporated into the overall name or ‘sign’ being promoted by a trader then it is possible – and worthwhile – to register the hashtag trade mark. It is also possible to register a hashtag with a slogan or tagline that is identifiable with your brand, eg #MoetMoment was registered by MHCS (Moët & Chandon) in conjunction with a campaign and #justdoit was registered by Nike.

IP Australia is the governing body of all registered intellectual property in Australia and conducts the trade mark registration process. It is recommended you discuss your situation with a registered trade marks attorney prior to making any application so that you get an informed opinion and avoid unnecessary costs, delays, errors or disappointment.

The issue of hashtags raises some interesting conversations around brand protection. It could even be said that they contradict the protection that trade marks provide for a brand in some ways. Instead of the brand identity being tightly controlled by the entity that owns the trade mark, the hashtag allows – and even encourages – others to freely promote a business or a brand. In that way, hashtags can be a very valuable tool for businesses.

Either way, as time goes on, social media is set to become an even more powerful and influential reality and in order to protect your brand and your business in the digital space, it is worthwhile getting specialist advice from an experienced trade marks attorney.

Find out more about the latest trends and fads in social media with these Marketing.com.au articles: