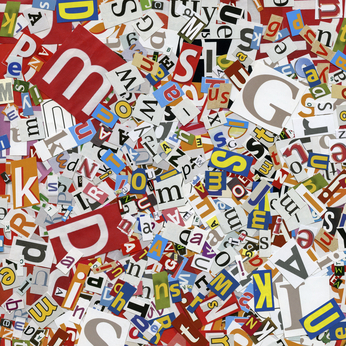 Emerging as a new media platform, the Internet has made a huge impact on the advertising industry and significantly changed the marketing focus for businesses large and small. With the number of active users approaching 3 billion (source: United Nations), the Internet has become a space where the global audience can be reached through cost-efficient channels, which is why most companies today include it in their marketing strategies.

As opposed to some more traditional forms of advertising, online campaigns on Google and other major networks such as Facebook or Twitter are comparably cheaper. This is why they are now some of the most popular and rapid growing forms of advertising. In Australia, 65% of SMEs use their website to promote their business, while 27% of all advertising in Australia in 2013 was done online (source: Digital Australia: State of the Nation 2014).

Clearly, SMEs are using the online opportunities, even though a large portion of global consumers (32%) says online ads do not work (source: The State of Online Advertising 2013). By comparison, the research implies that traditional resources such as TV/Newspapers are still seen as credible sources of information and, therefore, the efficient forms of advertising.

The emergence of new tools and technologies that allow constant Internet access from multiple devices has significantly changed the ways we approach information search and communication. Today, an average consumer spends a significant portion of their time browsing the web for entertainment, news or education. According to the Digital Australia report, Australians spend 4.5 hours a day accessing the Internet via a computer and 1 hour and 40 minutes browsing the web from a mobile device.

Considering such habits, it is reasonable to expect further developments in the field of online advertising. However, as pointed out in the report by Adobe, 68% of Internet users find online advertisements highly annoying. This may be due to the fact that the web is nowadays crowded with all sorts of banners, most of which do not even rely on personalization to engage the target audience. Furthermore, as opposed to print advertisements in magazines and newspapers, online ads may be highly disruptive, especially in their animated forms. Therefore, this is one of the areas where print advertising may still have a great potential.

Even though younger populations may not feel the same about print media, a great number of marketers find traditional print materials a convenient advertising space. Namely, The State of Online Advertising report reveals that 47% of global consumers and 41% of global marketers find newspaper advertisements highly effective. However, other reports point to a gradual decrease of print advertising spent due to the fact certain market segments don’t seem to be using these media platforms.

For example, YouGov Changing Media Summit in the UK reports that that 71% of the UK youth (aged 18 – 24) are not very likely to read print newspapers. Even though the media has active fans among other age groups (55+), the report questions the future of print newspapers. Similarly, Pew’s Annual State of the News Media report further suggests that print advertising industry is gradually declining, with $1.5 billion decrease in 2013. By comparison, digital ad incomes grow 3%, which again points to the rapid development of online advertising.

Looking at the data presented above, the print advertising industry doesn’t seem to be advancing, although there is still a great potential in it. However, there are other forms of print materials that can play a major role in the development of companies’ marketing strategies. Namely, print solutions such as banners and point of purchase promo materials are seen as an effective way for companies to increase their brand awareness. This especially relates to small to medium sized businesses that operate locally and whose audience is geographically segmented.

In reference to this, an eye tracking study by tobii shows that consumers are still attracted by print media and in-store print marketing (source: Advertising Research and Eye Tracking). Moreover, another study that specifically examined branding efficiency of cross-channel advertising concluded that a combination of different channels, both online and offline, to a great extent increased brand awareness (source: IAB Europe). Therefore, even some of the more traditional print advertising solutions such as branded product packaging can be a great way for SMEs to improve their market presence, especially considering the fact they are typically much more affordable than most online marketing strategies.

Considering the rapid growth of online advertising platforms, it is logical to question the state of the print media industry and their efficiency in marketing. However, as different studies suggest, a combination of different approaches seems to be the most effective way to establish a brand authority and reach the target audience. Depending on the business’s type and, more importantly, budget, companies may choose different channels to present their brand to the audience and establish a steady stream of loyal consumers.