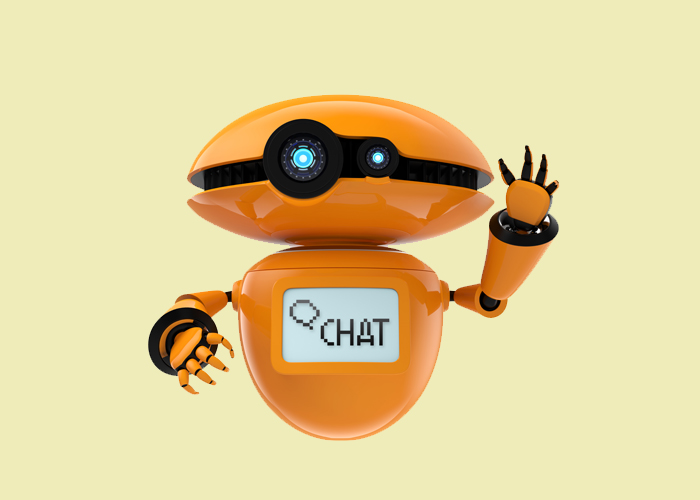 CEO of Facebook, well-known Mark Zuckerberg, said during his F8 conference, that he doesn’t know anyone who likes calling a business or service they interact with. He thinks that messaging a business should be as natural as messaging a friend. Chatting with our favourite brands and their helpful chatbots isn’t just a misty vision, it’s already happening and gaining a lot of attention in the technological and marketing world.

We are currently observing the rise of chatbots due to the growing usage of mobile messaging applications. People are more than happy to entirely move their lives to Messenger and WhatsApp and if brands want to catch up they have to do the same.

Conversational commerce is basically a movement defined as utilising chat, messaging or other natural language interfaces to interact with people and brands, as described by Uber’s Chris Messina (2016 will be the year of conversational commerce). We became fluent with messaging as an interaction paradigm. This is why messaging apps have such a real chance of becoming a substitution for traditional apps. People are more likely to interact with a favourite brand through known platform like Facebook Messenger or Kik than to download something entirely new.

Messenger is a great environment for #convcomm development. We send over 60 billion messages on both WhatsApp and Messenger every day. So it’s pretty obvious that businesses will find their audience and potential customers on these platforms. Especially when there are already 15 billion messages send to businesses daily (only via Messenger). Lastly, it is important to note that Facebook’s messaging app is the fastest growing platform in the US right now.

There is no conversational commerce without those smart dudes. A chatbot is basically a software which simulates human conversation through artificial intelligence. They are designed to automate specific tasks typically performed by a human. During F8 conference Mark Zuckerberg announced that developers are now able to build their chatbots easily using Messenger’s API. Since the conference there are already 11 thousand chatbots build by the total of 23 thousand registered developers. While most of those bots are in their very early beta stages, David Marcus, VP of Messenger, is pleased with those results. We’re looking forward to building a future of amazing Messenger experiences powered by the community of developers, businesses and people who use Messenger every day.

Chatbots have a very bright future with their self-learning system. They are designed to absorb our preference over time, learn about our choices, style, personality. Simply – the longer you talk to bot, the better it understands you and faces up to your requests. Unlike apps, their mission is to behave like a human, not to make YOU start thinking like a computer. In this case, you decide what to receive from the chatbot, you don’t have to adjust to developer’s vision. It’s also very comfortable when it comes to using a chatbot. Thanks to cross-device computing, you can start your conversation with a brand on mobile, and then easily continue it on another device. Never lose a thread again, just like that.

What is also very important is bots’ simple UI. People are tired of many buttons, menus, graphics that are usually unique in every app. With chatbots it is as simple as Messenger’s standard interface – we write a question and then get our response, plain text, sometimes picture or gif. Fast, easy, convenient.

With specific bot, we can save a lot of time that we would usually waste on different apps and websites, but also we can get some entertainment as well. There are weatherbots, newsbots, help-with-our-schedule-bots, friendbots…. First players in conversational commerce are already growing strong and are worth talking to.

Time to Get Your First Chatbot Experience!

Weather chatbot or just weather cat, Poncho, is definitely an exemplary case of useful software for Messenger. Developers of Hi Poncho partnered up with Facebook to show their bot during F8 conference. After few weeks of Poncho’s existence in the real world we can see how amazing progress it has made. First, we could just message Poncho with simple Hi and then the bot would ask our location and in response send us the weather forecast for this specific city. Another functionality was setting the subscription, like sending weather forecast every day at 5pm. There wasn’t really anything else the bot would do. Weather news is fine, but when asked about anything else Poncho wasn’t really that interested in answering. Now after few months since its big launch, we can have a much more complex relationship with it. Poncho’s answers are rich with GIFs and pictures and funny puns or pieces of advice. We can ask it about food recipe or just have a little small talk. The bot is hilarious and very entertaining, definitely, draws people attention. Poncho’s developers admit that they try to improve their software every day. But really, when it comes to bots, they learn themselves, so the more Poncho talks to users, the smarter it gets.

Another worth using utility bot is Instalocate. If you want to check your flight details, see where the random plane is or get information about delays – just say hi, give Instalocate flight number and you’re all set. In response, the bot sends satellite photo of the plane’s location and estimated time of landing, along with other updates. No need to install Flightradar24 app or browse the internet – everything you need is to send straight to your Messenger. Similar software was developed by KLM, the royal Dutch airlines. They took a really good approach when it comes to customer service. Every passenger can talk to KLM on Facebook’s platform in order to access their boarding pass, flight information and basically – everything they would need but had to download the app or check the website to get. Of course talking to KLM doesn’t mean conversation with KLM consultant, it’s all automatic because there is a chatbot on the other side. We won’t experience waiting for the response anymore, the reply is instant.

When we could say that there is always an app for that, nowadays there is always bot for that seems much more appropriate. So when looking for book or movie recommendation remember that helpful chatbots are here and ready to guide us. Flexi eBooks is a great source of eBook bestsellers. A user can pick author’s name to browse through giant selection or just directly search for the book they want. In response, Flexi sends a link to their store where users can purchase and download eBooks. In this case, the bot has a few features. It helps us out with picking the right reading and also guides us to a final purchase decision.

Botbusiness Is Exactly What Your Company Needs

Those were just a few examples of how to use chatbots in daily lives, but what could really matter for a brand is why this conversational commerce trend will be good for their business.

It might be too early to say that the end of app era is here. Chatbots won’t be a total substitute for businesses but they might easily become one of the most powerful tools to boost customer range and help to connect with potential new clients.