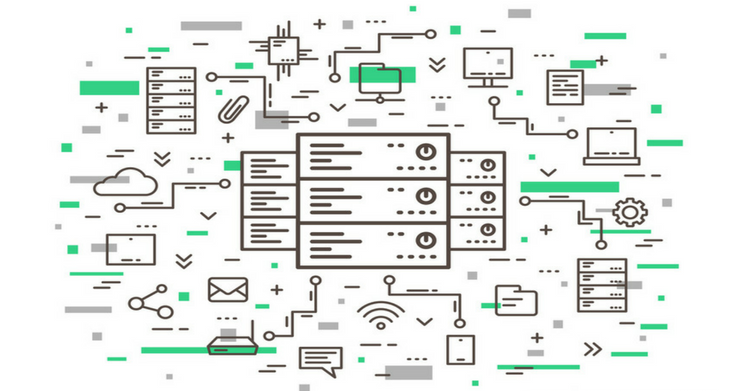 A few years ago, you didn’t have to worry about featured snippets or voice search all that much, but does the mobile-first index really shock anyone who has been at this awhile? In the midst of all this, there’s one thing you might have been overlooking the whole time you’ve been in the game, and it’s web hosting. Do you know what you need to look for in SEO-friendly hosting?

You might have gotten used to choosing the package at the best price, but consider how important it is. Have you realised just how much of an impact it has on your SEO? Page speed and uptime are both understated factors in terms of how well Google and others are going to rank you. As such, the web host you pick will have a quite an impact on the user experience of your site, and that definitely impacts your organic search success.

Page timeouts and server errors will send users running back to Google, Yahoo, and Bing, and Google for sure will downgrade your SERPs if your performance metrics stink. At the end of the day, you need a web host that enhances your organic efforts, not one that is a hindrance to them. Keep reading to learn eight key features that you should see in SEO-friendly web hosting.

Google has been measuring this for a while, but it’s really emphasising fast-loading sites with its increasing emphasis on mobile users. Searchers trust Google to give them good results, so by default, they expect them to actually load. Internet users do not wait long for something to load before hitting the back button and hitting another link. Some of this has to do with server locations, discussed two points down the list.

Some web hosts and contracts only give you so much traffic per month or quarter before you have to pay for more. Will you be forewarned in enough time that you can add funds or upgrade your package? Or will you not know until your site is down because your account hit its ceiling? Having options is a good thing, as you’ll read more about in point number six on this list.

This is similar to loading time, in that where your server actually is might determine how fast users can access your content. If your are on a dedicated, VPS, or shared server hosting plan, then your website is actually on a physical server inside a data center. That server should be geographically as close as it can be to where most of your regular visitors are. Servers that are farther away take longer to load.

Also, some server locations can draw the suspicions of Google, which doesn’t help your SEO one bit. If your primary market is in one nation, but your server is on another continent, there can be suspicions of nefarious activity taking place. Of course the physical servers themselves need to be lightning fast on their own.

Also look for a host that uses a Content Delivery Network (or CDN) to make the most of their performance. Keep in mind that much of this is moot if you use decentralised cloud hosting.

This one factor might be the most essential one in terms of an SEO-friendly web host. Uptime is of course the total percentage of time that your site is actually accessible and online. When it’s high, there’s less chance visitors can’t find you or your rankings getting risked.

Google does cache the pages of many content sites, but that won’t help you get clicks or make sales. So, you should look for a web host that guarantees 100% uptime, right? Actually, no, because that’s honestly impossible, or someone is just fudging their numbers and how they do math. Instead, look for 99.9%. That’s less than a minute and a half of downtime per day, and just over one work shift annually, which is really good performance. Still, if you can get 99.9+%, such as 99.97%, then do so. They’re out there. Things do happen, so choose someone that doesn’t have them too much. Robust security and backups they can load from are two things that help hosts out with client uptime.

The previous factors might not be enough to identify the perfect host for you. You possibly have already started searching and found multiple options checking off every box on the list so far. So, how do you sort the good guys, since you only need one? How to do you know which one is making valid marketing claims?

Find an independent site that rates hosts, and look over consumer reviews. You should brace yourself though, as hosting spaces tend to amass more negative reviews than other things. If you go through a fast food drive-thru and your order is messed up once, you’ll likely just overlook it instead of crucifying them on Yelp. However, when an SEO entrepreneur sees his site vanish, even for a short while, he’s likely to have steam coming out of his ears. Some will even get online and vent that to the world. After all, you can’t make money during your downtime.

Still, for the warning of taking anything with a grain of salt, you can glean plenty of valuable insights from reviews. Look especially for hosts whose plans continually show up on top lists. CNET, PCMag, and other sources have reputable content about this.

Everyone likes having options, because freedom of choice simply means freedom, or at least some breathing room and control over one’s own fate and future. Your web host shouldn’t be any different. On top of just the hosting, your company should also have valuable additions you can upgrade with. SSL: HTTPS means secure sites, and that’s now a long-running ranking factor. Being able to transition between traffic levels is also a good option, which relates to something mentioned earlier. The ability to have automatic backups means you might not have to run your own.

This admittedly isn’t as directly related to SEO as other points listed here, but it can still impact your organic search efforts. If you can’t drag and drop your new content, you’re not as likely to add or edit it as frequently as you should. If you don’t know how crucial content is to SEO success in the first place, then your choice of web host is likely the least of your problems. WordPress integration used to be a nice feature. These days, it’s pretty much a must.

This one thing you’ll really only learn about in the reviews or on your own after you sign up with someone. No matter how good your eventual choice of host is, something will inevitably happen, and you’ll want it fixed right away. Pick a host that has free support that’s available 24/7. Also see what channels of communication you might have with them.

Options range from email and traditional phone numbers to chat rooms and social media accounts. Some might even have dedicated Twitter accounts where they can communicate en masse with many clients or users all suffering identical problems at once.

Be sure to check out some other top SEO strategies with these recent Marketing.com.au articles:

Managing Director at ETRAFFIC Web Marketing
Cameron Francis is the Co-Founder and Managing Director of ETRAFFIC,
Melbourne's 1 Creative Agency and Digital Marketing Company. He is passionate
about helping businesses of all sizes improve their online visibility.